Things to do in Huddersfield with the children without breaking the bank.

With half-term looming, what can you do in Huddersfield with the children without breaking the bank?

Let’s face it. It can be very challenging to keep children entertained over the holidays. What can we do short of putting them in front of a screen? Especially after the terrible 18 months or so, just as everyone is getting back to work, the summer holidays have come around and gone just as quickly. We are quickly heading towards the first half term in an almost normal few months. The weather hopefully will hold out until November. So make the most of the half-term break and enjoy some time outdoors with the kids!

Below are some ideas of things to do with children of all ages over the holiday break.
I have chosen these as they won’t break the bank, should keep children entertained and every parent sane!

Castle Hill
Castle Hill can be seen from great distances in Huddersfield. It is the site of a deserted village and the castle was built in the 12th century, but that area has been inhabited for around 4,000 years. 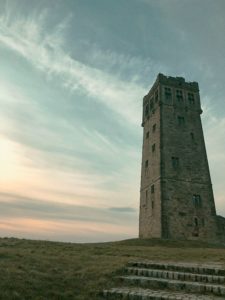 Beaumont Park
Beaumont Park is the first park that was created in Huddersfield. Henry Frederick Beaumont donated 20 acres and 4 woodlands in Crosland Moor to help create this park. The visitor centre is open every Sunday and Wednesday for cake and refreshments. The park has plenty for everyone, whether you are looking for weekly activities or simply a stroll in the grounds.

Tolson Museum
The area of ‘ Ravensknowle’ has its earliest mention in 1466, but the history of this area goes back further, we are told. After passing through various hands across the years and centuries, the house was sold to Legh Toson for £6,000.00 in 1901 and was finally opened as a museum in 1922.
The Tolson Museum holds various events throughout the year, so it is best to check the website for full details and any changes. Entry into the museum is free.

Bagshaw Museum
The Bagshaw Museum was established in 1911 and was originally called The Wilton Park Museum. It was renamed after its owner upon his death in 1927. The building has a Gothic revival structure, which cost £25,000 in the 1800s (approximately $2,500,000 in today’s money). The council bought the building for £5.00 after the owners struggled to find a buyer for the building. The museum has a South Asian Textile gallery as well as an Egyptological gallery. It is worth visiting the museum while you can as the future of the Bagshaw Museum is uncertain.

The Holocaust Learning Centre
The Holocaust Learning Centre is hosted by The University of Huddersfield and is in partnership with the Holocaust Survivors’ Friendship Association. There are exhibitions which are open between 10 am and 5 pm on Tuesdays and Wednesdays. Due to the pandemic, the university has put some of the events online. A word of warning- there may be some graphic images and is probably not for the faint-hearted.

Colne Valley Museum
The Colne Valley Museum has just celebrated its 50th birthday. The museum is set in four cottages (now a grade II listed building) which were built by a family of independent cloth merchants. The aim of the museum is to preserve not only the building but also the traditional skills (weaving and others) which were practised here until the end of the 19th century. There is a virtual tour available if you prefer not to visit.

Huddersfield Art Gallery
Huddersfield Art Gallery is set in an imposing building in the heart of Huddersfield. The gallery runs various temporary exhibitions, so it is worth visiting a few times a year. The Gallery has paintings by famous artists such as Lory (the stick people paintings), Frances Bacon (figure study) and Henry Moore (falling warrior- though this is a sculpture rather than a painting). Definitely worth a visit!

Packhorse Art Gallery
This art gallery is unusual in that it is set in the main market in town (Market Place). There are great pieces for you to buy and if the mood takes you, to just browse.

Kirklees Light Railway
This is great for train enthusiasts and is also good for a great day out with the kids. There are steam engines to explore and play areas for children to play, while you sit and enjoy the view with a cup of tea or coffee. There is a gift shop on-site and two play parks so the children can burn off some energy. You can take the children (or go by yourself) on a ride on one of the trains and enjoy the views.

The Yorkshire Sculpture Park
Every time I come to Huddersfield, I drive past this park and always think I will visit it but have not yet managed to do so. The park has several exhibitions at any one time. Currently, probably the most famous one is the Damien Hirst Exhibition which ends in April 2022. The park runs various o1 day events alongside the exhibitions. There is also a cafe if you want to enjoy the peace and tranquillity of the park and be in a great space. My personal favourites are Vulcan by Eduardo Paolozzi and The Iron Tree by Ai Weiwei.

Marsden Moor
Marsden Moor is part of The National Trust and has over 5,000 acres for you to explore. There are protected conservation areas within the moor for nesting birds. The rugged moor landscape changes with each season can be truly breathtaking, making this a place to visit and explore again and again. The walks along the canals or the open moor, take your pick!

The John Smith Stadium
The John Smith Stadium opened in 1994 and has existed under various guises. It is currently the home of Huddersfield Town and The Giants. The structure is quite imposing and there are guided tours available every Tuesday, Wednesday and Thursday between 10 a.m. and 3 p.m.
The stadium is much more than a venue for sporting events. The stadium hires out spaces for a whole host of venues, from graduation parties to music concerts to wedding receptions and exhibitions. Nowadays, there is also some office space available for hire. In the early 200’s, when the Hunny Pot Nursery was named Carr Lee Day Nursery, I used to stay overnight at the stadium in their comfortable VIP boxes (I think) that coupled as overnight accommodation. The Stadium is at the bottom of the hill from the nursery. Just outside the stadium, there are coffee shops, a pub and even a cinema to make the day out complete. 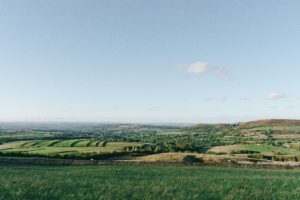 There are, of course, plenty of indoor play areas, coffee shops and restaurants to visit. On my last visit, I noticed a much more diverse mix of restaurants which, I must admit, I had not spotted previously. I have however deliberately not included them in this blog. As I wanted to explore the many other things that may inspire and trips that would not break the bank, making it possible to be out and about almost daily or at least every weekend.