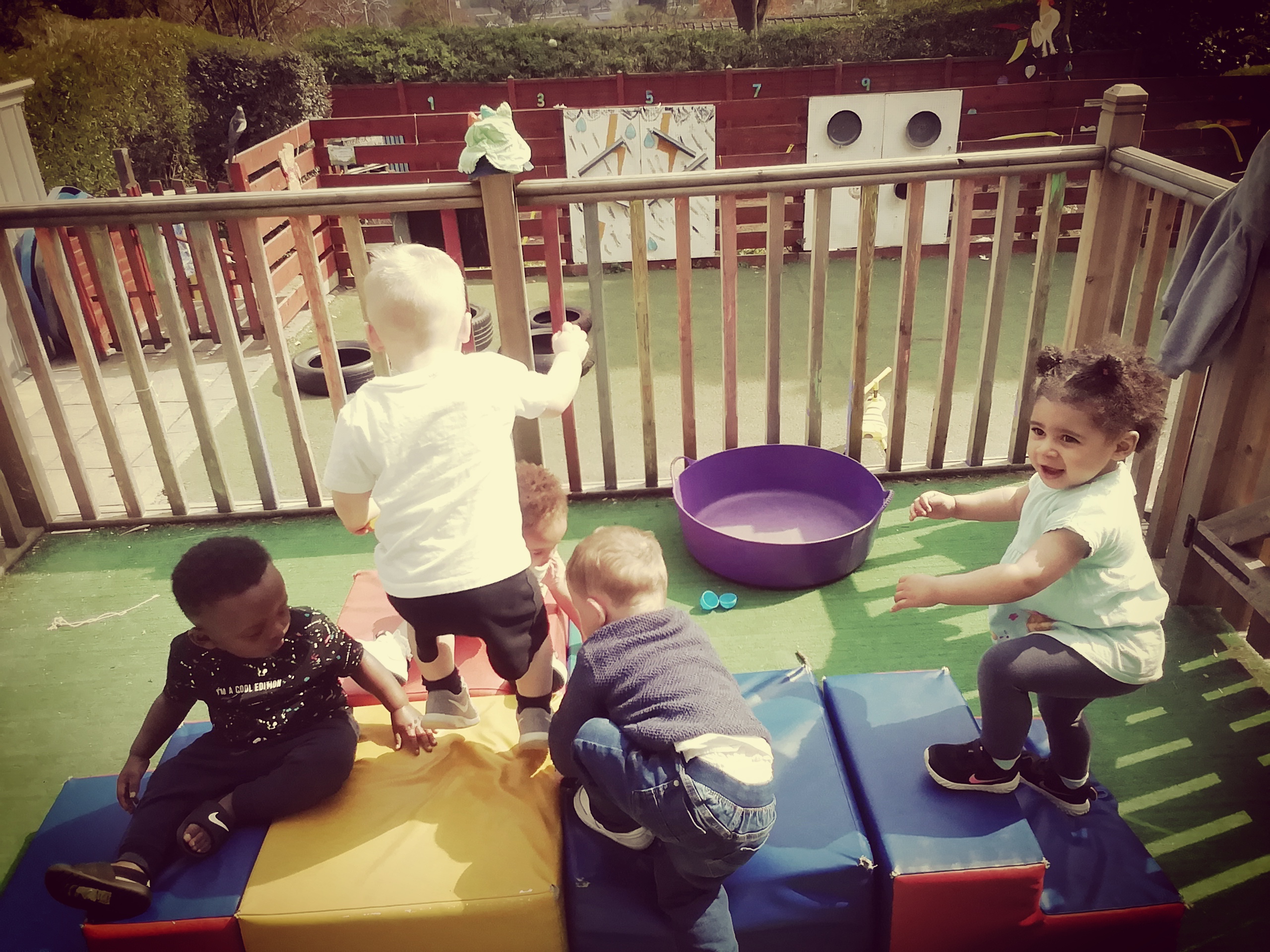 What I have learnt from running a childcare business for 20 years. 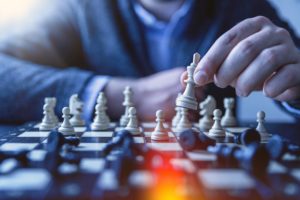 I have just celebrated 20 years of running my own childcare business- The Hunnypot Day Nursery. In this blog, I talk about what I have learnt from running the business for 20 years

The Hunnypot Day Nursery was originally called Carr Lea Nursery. It was set up in the mid-1990s and we bought the nursery as a going concern from a former teacher. I assume she set it up as she lived in a little studio flat in the same building. By all accounts, the former owner, Ms H. had a nervous breakdown. That should have been enough to set alarm bells off you’d think! But no. We (Bob, my husband and I) decided we could do this. After all, it was business and we knew how to run a business – at least my husband did, and I had a business degree. How hard could it be? 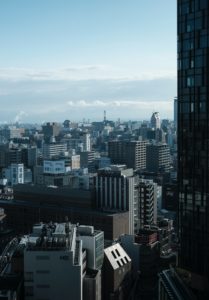 Well, it truly was a baptism by fire. Not only did we know nothing about the childcare industry, but we also lived in London; a mere 200 miles away. So to say this was biting off more than we could chew was an understatement. When we purchased the nursery, there was no EYFS (Early Years Foundation Stage). Every Child Matters came into existence 3 years later, in 2004 after the horrific Victoria Climbie incident. (just writing her name now has sent chills down my spine as to how horrific it was).

I had a full-time job in the City and was not really involved for the first couple of years, but in 2004, I took redundancy and decided to retrain as a teacher. It was really at that point that I became fully involved. We rebranded in July 2004 and for all intents and purposes, we started from scratch, three years later. All of the policies had to be rewritten, a whole new team had to be employed and trained and above all, we needed to get attendance up in order to make the business viable. I stayed at the now John Smith Stadium for around 6 weeks (they used to turn their boxes into rooms). This meant I could be at work by 7 am and could finish late (often almost midnight). It also meant my whole focus was in the nursery.

There were many many times when we struggled to meet our wage bill and even more times where we had sleepless nights, due to everything from staff shortages to cash flow issues to potential court cases. Almost always, it was ..’make like a swan,’ where you are paddling like mad underwater but appear serene and calm on the surface.

Lessons I have learnt:

It takes a village…

Above all, childcare is about the people. Almost every childcare provider I know works extremely hard to provide the best service they can. After all, for almost everyone, a child is the most important and the welfare and the care with which that child is looked after is paramount. It is a very emotional thing to leave your child with someone other than your immediate family. The initial separation from your child can be heart-breaking, so it is vital that you have every confidence in your childcare provider and the team in that company.

Then there is the management team. Imagine a rudderless boat at sea…this is what happens without strong management. The top-down approach to set the ethos and the ‘feel’ of the nursery, in my opinion, is absolutely vital. The managers need to be able to cope with anything and everything that is thrown at them with a cool head, ranging from a leak in one of the rooms, to an upset parent, to collecting fees (sometimes from reluctant payers), to a child or a staff member being taken to hospital, to a domestic row between two parents at the setting. None of these examples is theoretical; the managers at my nursery have had to deal with each one of these over the last 20 years.

As a business owner, my duty of care is to my staff, just as their duty of care is to the clients. I have to ensure that the welfare of my staff is looked after, not only as I need to make sure that their performance at work is as professional as possible, but from a human perspective. All of this comes from training, knowing your staff and many, many conversations. In order to do all of this, however, I need to ensure that the business is viable. So there is plenty of number crunching, from mortgage payments to rent, to bills, to tax on the outgoing, to ensuring that there is enough money coming in to meet all of these demands (just as in any other business).  It is especially hard to do so (in my opinion) in childcare as it is not about selling goods but about the welfare of children.

We have to look at the best utilisation of staff and space as in any other business but within very strict government guidelines with things like ratios, room sizes and safeguarding.

Lesson 1: Childcare is a people business (and I don’t mean the children)

Tony Robbins, the motivational coach, calls entrepreneurs gladiators. I guess this is because you are effectively going into battle every single day; no matter what is going on in your life, no matter how tired, upset, bored or ill you are, the show must go on. No matter what happens, the nursery must open on time and close on time. In between, we have to provide the best service we can possibly give.

What I have learnt from running a childcare business for 20 years is, just how important it is to keep the paperwork. Evidence for all of the authorities involved and the legal framework for childcare is huge.

Often this is because I have not foreseen something or I suddenly find myself firefighting, with many issues that have cropped up at once.  It is not just me as the owner who finds this. The manager will often face the same -there have been many a time where the manager has said she has been up half the night thinking about a particular problem and how to solve it.

For example, the most recent time when I had a completely restless night was at reopening after lockdown. It was not so much for me about making the numbers work at this point. It was more about the stress of making sure that we had done everything to meet government guidelines- especially as they were changing almost by the hour. In the end, we decided to stay closed for an extra month and lose that income rather than open and put anyone at risk.

While writing this blog, I asked the manager when the last sleepless night she had in terms of work was. Her response was instant….’ every night!’ Then she told me that it was when she was planning the staff rota for the week and she received a call from a staff member to say she had Covid. The manager then added, “I never sleep on a Sunday,’ because she is anticipating the problems that she will face when she comes in on Monday morning.

Invariably there is some fresh issue (or hell as the manager put it!) that will be waiting to be dealt with.

What I have learnt from running a childcare business for 20 years is how many surprises can be thrown at the team.

Lesson 3: Things are never what they seem

Running a nursery is not a lifestyle business

Having previously been involved in businesses that were open 7 days a week, I was adamant that whatever our next project was, it must be ‘office hours.’ I was tired of having to work 7 days a week and having no work/life balance. So when a friend of mine suggested childcare, it seemed to tick that main box of a business that was Monday to Friday. Finally, I thought, a lifestyle business. We can go on holiday and actually have time at home on Saturdays and Sundays. To that extent, the nursery provided a better balance. However, I underestimated the amount of paperwork involved, at least at the start of the journey. The downside was that journeys up north would take place on a Sunday, so effectively, I managed to claw back one and a half days 3 out of 4 weekends.

What I have learnt from running a childcare business for 20 years is to make sure the paperwork is organised and in order.

This was before the wonderful accounting software that is now available. It, therefore, meant that some of the weekends were taken up with the paperwork that goes with all businesses- receipts, spreadsheets, invoices etc.

What I was not prepared for was the amount of time the nursery would take up, once it got under my skin. For example, a trip to IKEA, COSTCO or any other store, even now, is never just a trip. There will always be something that I will see that will make me think, ‘this would work really well in this room at the nursery’. It is always in my head. I recently went to a garden store- instead of buying what I needed, I found myself exploring the store and coming up with ideas for some of the outdoor spaces. It never leaves your head.

Lesson 4: Business is business, but it is my business.

Would I do it again?

I have grown up living above our family business and then married a man who ran his own business, so I think that running a business is in my blood. As I have stated earlier, I also worked within different financial institutions for many years. So I have experience of both sides; being an employee and being an employer, working for someone else, and working for myself.  By far the more satisfying for me has been to work for myself. Yes, the financial rewards ( when they happen) can vary, and yes the work-life balance can be non-existent, but by far the sense of satisfaction of creating something from the ground up and the sense of achievement, in this case when a child eventually leaves us to attend school, the sense of achievement to think, I helped that child is beyond measure.

What I have learnt from running a childcare business for 20 years is as follows: while earning a living is vital, to be able to contribute is beyond any measure.

Lesson 5: It can stressful and rewarding beyond measure!

But by far, my biggest lesson has been how lonely it can be if you do not have the right contacts and teams. 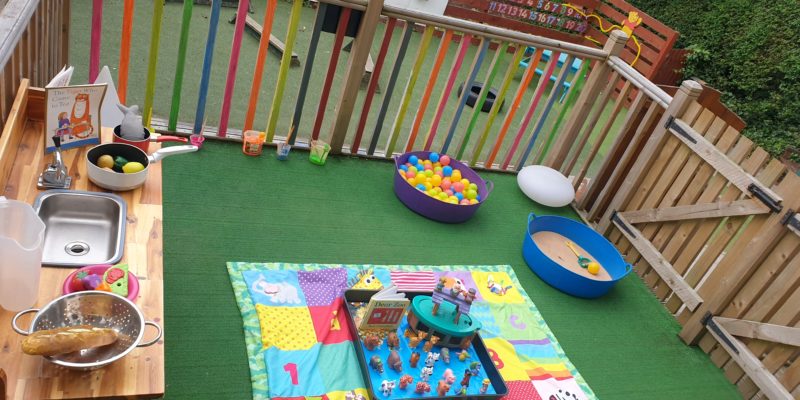